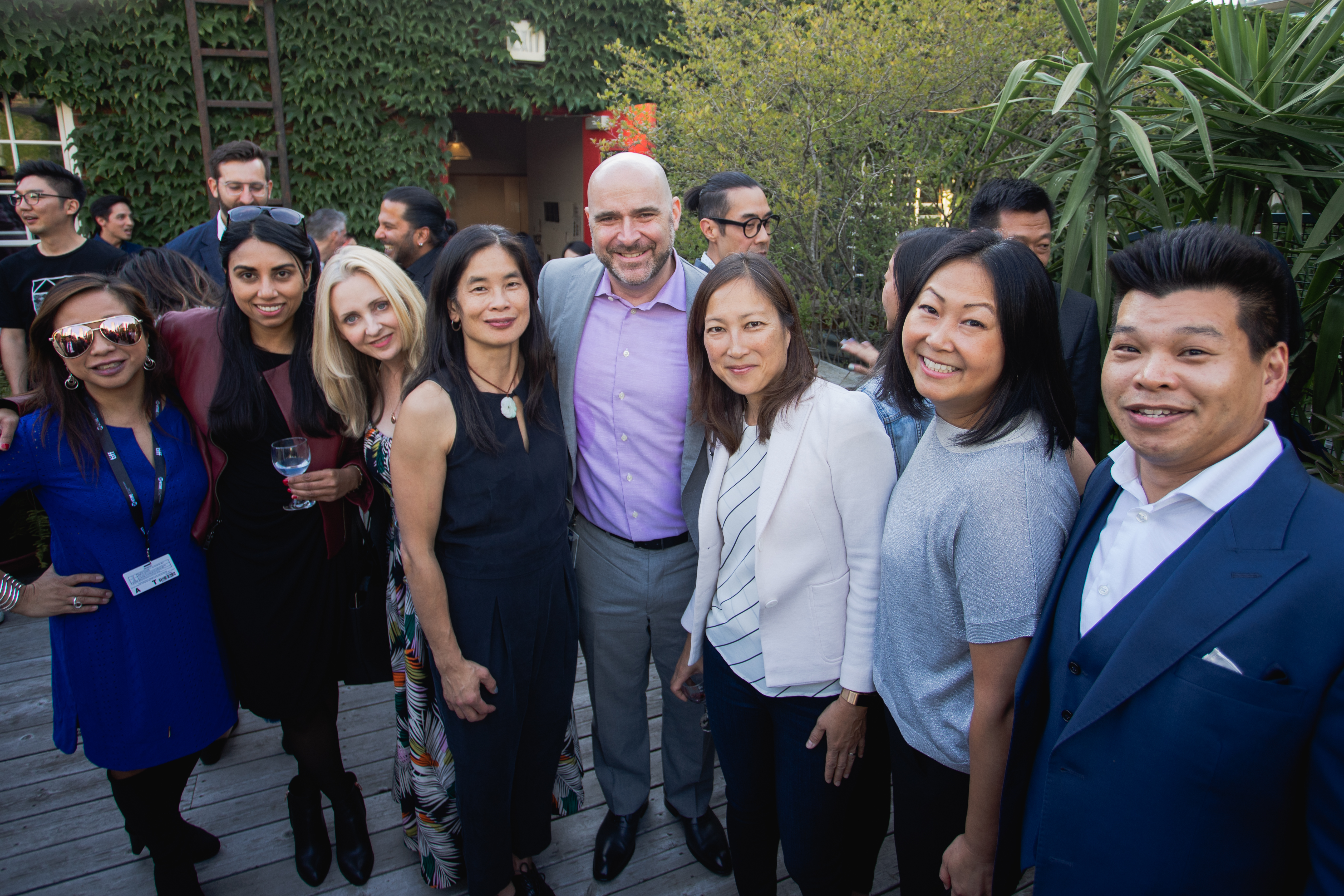 Karthiga Ratnasabapathy, Chair
For the past 10 years, Karthiga has played a pivotal role in the Canadian film industry, where she has worked for some of leading companies in the field. She grew from her contracts administration background at Alliance Atlantis to leading the digital and transactional team at Entertainment One. During her tenure, she developed and managed key agreements for all available platforms in Canada. Karthiga joined Tricon Films in 2013 and was promoted to Vice President of Worldwide Sales & Acquisitions in 2015. Currently, she is the Vice President of Distribution Canada at Sony Pictures Entertainment. Karthiga joined the board of the Reel Asian in 2014 and is currently the Chair of the board.

Sidney has also served on Reel Asian’s 2015 Features Jury, 2014 Canadian and Shorts Jury, and participated on Industry panels sharing his expertise on co-productions and pitching.

Geoffrey Peers, Treasurer
Geoff is a Chartered Professional Accountant who has spent most of his career working in the Financial Services Industry. For the past 12 years, he has worked at Scotiabank in Toronto and New York City and is currently a Vice President in the Internal Audit Department, responsible for audits of the Bank’s global corporate and commercial loan portfolios. Before working at the Bank, Geoff worked with KPMG in Toronto and PricewaterhouseCoopers in New York City, focusing on clients in the banking, brokerage and mutual fund industries. Geoff has been a member of the board of the Toronto Reel Asian International Film Festival, in the capacity as Treasurer, since September 2014.

Nara Moon, Secretary
Nara is Claims Counsel at Liberty International Underwriters, a division of the Liberty Mutual Insurance Company, in the Specialty Casualty Claims Department. She handles a wide-range of management and professional liability claims and litigation and works with the Underwriting Department and external counsel to resolve complex coverage issues. Before joining Liberty, Nara worked as an associate lawyer at a litigation boutique in downtown Toronto. Nara has also served on Reel Asian’s Programming Committee since 2015.

Richard Cheung
Richard is a partner at Fasken Martineau DuMoulin LLP, a leading full-service international law firm and proud sponsor of the Reel Asian Film Festival. He is a lawyer, patent agent and trademark agent practising in all areas of intellectual property law with a focus on patents. He advises companies of all sizes, from multinational to start-ups, on the creation, registration and enforcement of intellectual property rights. Richard also routinely counsels clients on issues relevant to the pharmacy industry, as well as regulatory matters involving drugs and medical devices in Canada.

Before becoming a lawyer, Richard worked as a community pharmacist and obtained a Ph.D. in Pharmaceutical Sciences from the University of Toronto. Richard has served as a member of the board of the Toronto Reel Asian International Film Festival since December 2014.

Tamara Shannon
As Vice President of Media for Universal Pictures, Tamara is responsible for all of the advertising and promotional initiatives for the studio’s theatrical slate. Recent releases include Jurassic World, Fifty Shades of Grey, Furious 7 and Minions. Prior to joining NBCUniversal, Tamara Shannon was Vice President of Marketing and Promotions at Entertainment One where she led the strategic marketing initiatives for a diverse group of studio and independent film products including The Twilight Saga, Beasts of the Southern Wild and Gnomeo and Juliet.

Austin Wong
Austin is an entertainment lawyer, producer, writer and director. He has worked at such companies as Lions Gate Films, Rhombus Media and Nelvana, and is currently Director of Business & Legal Affairs for DHX Media which produces such shows as Degrassi, Teletubbies and My Little Pony. He was a producer of Bruce McDonald’s feature film This Movie is Broken and was Associate Producer for such feature films as Fernando Meirelles’ Blindness starring Julianne Moore, and Paul Gross’s Passchendaele. He also wrote and directed a short film funded by BravoFact called Gaysian.

Dave Wong
Dave is a Regional Vice President at National Bank of Canada, managing Personal Banking and Wealth Management for the GTA Central and East region. He has over 20 years experience in the financial services industry. National Bank has been a proud sponsor of the Reel Asian Film Festival for four consecutive years. Dave has had an active role in this partnership and is committed to supporting the growth of a strong and vibrant Asian community here in the GTA.

Dave joined as a Member of the Toronto Reel Asian International Film Festival Board in January 2014, and is honoured to represent the continuation of National Bank’s long-standing commitment to developing the cultural and economic development of their surrounding communities. Dave is also a board member for the Altamira Foundation and has been a member of the Toronto Cabinet for Juvenile Diabetes Research Foundation since 2008. In addition, Dave is on the Advisory Council with the School of Accounting and Finance at the Ted Rogers School of Management at Ryerson University since 2014. Dave holds an under graduate business degree from Ryerson University and a MBA from Dalhousie University.

Agnes Lan
Agnes is the director of business development at Change Connect and recently joined the Reel Asian board in 2019. Described as influential and inspirational by her clients and peers, Agnes Lan helps organizations grow through change.

With degrees from the University of Toronto, Indiana University Kelley School of Business, Hong Kong University of Science and Technology and Harvard Business School, her passion for learning contributes to numerous professional designations as a Professional Engineer, Lean Black Belt Professional and ADKAR Change Management Practitioner.

Agnes has also been recognized as Community Builder 2018, by Professional Services Firm. Her work is recognized by Employer Excellence 2018 from the Markham Board of Trade and most recent, Talent Magnet of the Year 2019 from the Toronto Region Board of Trade.

Yung Chang
Yung Chang is a multi-award-winning filmmaker known for Up the Yangtze. Reel Asian has been a lifelong supporter of his career and he is honoured to be on the Board of Directors. Chang is a member of the DGC, WGC and the Academy of Motion Picture Arts and Sciences. Find out more here.