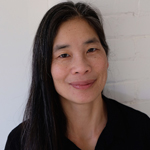 Originally from Winnipeg, Deanna spent many years volunteering and working in the not-for-profit cultural arts sector in Winnipeg prior to moving to Toronto in 1996. She has sat on the boards of Dreamwalker Dance Company and the Regent Park Film Festival and has participated in various film and arts council juries over the years. Most recently, she was the administrative director at REEL CANADA, and previously served as Reel Asian’s executive director from 2005 to 2008. 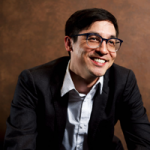 Aram is a filmmaker, educator, and film festival programmer. Based in Toronto, Aram is a mixed race Asian Canadian/American (Chinese and English/Dutch/German) and a San Francisco native who has a BFA and MFA in Film Production from the University of California at Santa Cruz and York University respectively. 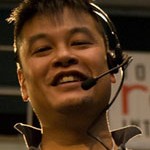 Chris Chin is going into his sixteenth festival with Reel Asian, having started out as a Front-of-House volunteer back in 2003. He has been an Associate Programmer at the Inside Out Toronto LGBT Film Festival and has worked and volunteered at other festivals including the Toronto International Film Festival, Images Festival, Calgary International Film Festival, and Frameline San Francisco International LGBT Film Festival. In addition to his festival commitments, he has provided event management and operations support to organizations including the Center for Asian American Media (SF), Pride Toronto, and the Canadian Film Centre. Chris sings with choir!choir!choir! and is always up for a night of karaoke. 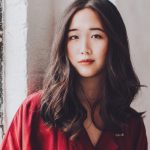 One of Christine’s first jobs was presenting sneak-peek screenings of summer blockbusters for Citytv Edmonton. She also hosted the movie reviews segment for Breakfast Television and moved on to becoming a video journalist in Vancouver at Shaw TV. Specializing in conceptualizing and creating content, she now joins the Reel Asian team after honing her marketing skills at places like NXNE and Momofuku. Christine is also an actor and writer. 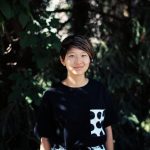 At any point, you can probably find Kelly with a camera in hand. She resonates with both photography and film as an active
medium and accessible space to reclaim archive and documentation. She is a graduate from the Masters of Environmental
Studies program at York University with research on placemaking, spaces of intimacy, citizenship and storytelling through
food. Her favourite food is any kind of noodle soup. 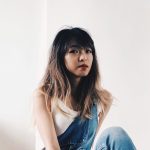 Jasmine Gui (@jaziimun) is a Singaporean-born interdisciplinary artist and programmer living and working in Tkaronto. She is co-founder of TACLA, founder of Project 40 Collective and managing editor at LooseLeaf magazine. Her work includes two chapbooks and writing featured in sineTheta, GUTS, The Spectatorial, Panorama Journal, Hart House Review amongst others. She did her MA in English, Diaspora and Transnational Studies at the University of Toronto. Outside of the arts, she is widely known as a tea lady. 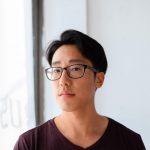 Seungwoo is a project managing, content producer with experiences in corporate sponsorship, educational programming,
and event management. He’s worked as a sponsorship activation manager at WE Charity, where he lead many of the
charity’s sponsored programs and worked to make social justice education accessible to youth around the world. This
year, Seungwoo joins Reel Asian to provide development and operations support to the Reel Asian Film Festival community. 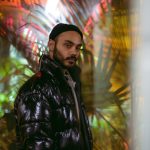 Atif is the project manager of Codes of Contact. These days I find myself sitting, walking and thinking a lot. And sitting quietly by plants. Hailing from the community of Rexdale, my interests are expansive from community arts to magic realism to surveillance studies. I hold an MA in Human Geography and South Asian Studies at the University of Toronto. But most importantly, I’m a self-taught emerging interdisciplinary artist. 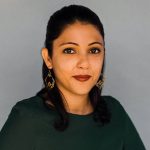 Mariam Zaidi is a South Asian filmmaker and arts manager based in Toronto. Zaidi’s work has been funded and supported by the CBC, LIFT, TAC, OAC, Canada Council for the Arts, BravoFACT! FACTOR Canada, and the NFB. Alongside her independent film work and programming at Reel Asian, Zaidi is currently Associate Programmer at the Hot Docs Canadian International Documentary Festival and Executive Director at the Breakthroughs Film Festival. 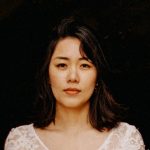 Based in Toronto and Seoul, June is a film festival enthusiast and a subtitle translator. She has a long history with Reel Asian starting with her internship at the festival during her undergrad years at the University of Toronto. After volunteering and interning at festivals such as Images, Hot Docs, TIFF Kids, and Toronto Singapore Film Festival, she co-founded the first Toronto Korean Film Festival in 2012. She has worked for Toronto International Film Festival and Udine Far East Film Festival, specializing in programming films from East Asia and Southeast Asia. 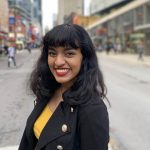 Samiya is a Bangladeshi-born, Toronto-based creative. She recently graduated from OCAD University’s Graphic Design program. She has completed her thesis project, which highlights the importance of documenting the erasure of small immigrant businesses through gentrification. Besides her love for small businesses, she is also a fan of alternative Bollywood movies. Her current favourites are Shubh Mangal Zyada Saavdhan and Tumbbad. 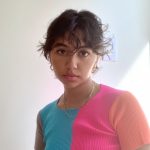 Nadia is a graphic designer, art director, and enthusiast for all things creative. She is a Vancouver native and comes from a multicultural Filipino/Egyptian background. She later relocated to Toronto to pursue a Bachelor of Design at Ryerson University and specializes in branding, creative production, and content creation. 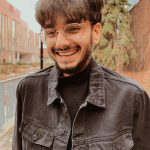 haaris@reelasian.com
Haaris Qadri is an emerging writer, director and producer. He  is a graduate from York University’s Bachelors of Fine Arts in Film Production Specialized Honours. As an alum of the Unsung Voices program led by the Toronto International Reel Asian Film Festival, he has gone to sit on the shorts programming committee and most recently as a features pre-screener for the festival. 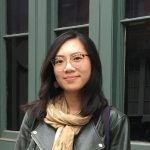 Jennifer got her start in filmmaking through Reel Asian’s Unsung Voices program in 2016. Since then, she has gone on to participate in the DOC Institute’s New Visions Incubator and made her second short film, Wave Hands Like Clouds, with the Festival of Recorded Movement. She is excited to be returning to Unsung Voices as a coordinator this year to support young filmmakers from across the country. Besides filmmaking, she likes photographing her suburban neighbourhood and thinking about the intersection of art and anthropology. 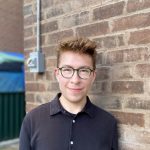 Nicolas is a recent graduate of the University of Toronto, where he holds a Cinema Studies Specialist and a Human Geography Minor. His academic research explores the representation of urban landscape processes as they play out across cinematic spaces. Nick has immersed himself in Toronto’s film festival landscape, and has volunteered and worked for numerous other festivals including TIFF and Inside Out LGBT Film Festival. Besides film festivals, Nicolas has delved into other creative outlets such as photography, painting, and screenwriting. 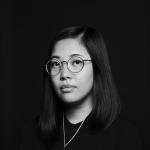 Mimi Vuong is a multi-disciplinary creative with a strong focus in Film & Creative Direction, Design, and Motion Graphics. She works closely with independent and corporate brands within the tech, music, and entertainment industries. Additionally, she is running Hot Pot Community, which is a creative studio and online platform for original content that caters to the unique identities and experiences of Asian creatives. 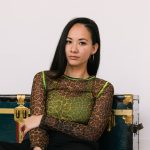 Josephine is a multidisciplinary creative whose broad range of interests includes music, content creation, event production. She spent her childhood in the UK and Hong Kong before her family settled in Calgary when she was 10. She started her professional career there working in marketing and media, before relocating to Toronto in 2015 to pursue a career in music. Since then she has been keeping busy as a DJ, running her own indie label Baer Selection, and as the co-founder of community radio station ISO Radio.