The 2018 Reel Asian® Festival Awards were presented at the Awards Reception on November 11th at our 22nd festival, which runs November 8–16, 2018 in Downtown Toronto and North York.

All feature films are eligible for this prize.
$5,000 cash prize.

ONE CUT OF THE DEAD

All feature works are eligible for this prize.
$4,000 cash prize. All first feature films are eligible for this prize.
$4,000 cash prize.

A TIME TO SWIM – Ashley Duong

All Canadian works are eligible for this prize.
$1,000 cash prize. All animated films and videos are eligible for this prize.
$500 cash prize. All short films and videos are eligible for this prize. Opportunity to broadcast on Air Canada’s in-flight entertainment screens on international flights.

All films made by female Ontario-based artists are eligible for this prize. $1,000 cash prize and a $1200 programming pass and one-year membership from WIFT-T. 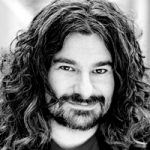 Jason Gorber is a film journalist and member of the Toronto Film Critics Association. He is the Managing Editor of ThatShelf.com, a Features Editor at DTK Magazine and a critic for HighDefDigest. His writing has appeared in Esquire, The Toronto Star, The Globe and Mail, The National Post, Screen Anarchy, Birth.Movies.Death, IndieWire and more. He has appeared on CTV NewsChannel, CBC, CP24, RogerEbert.com and many other broadcasters. 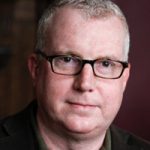 Jason McGrath is an Associate Professor in Asian Languages and Literatures at the University of Minnesota, with affiliations in Moving Image Studies and Cultural Studies and Comparative Literature. His book Postsocialist Modernity: Chinese Cinema, Literature, and Criticism in the Market Age was published by Stanford University Press, and his current book project is entitled Inscribing the Real: Realism and Convention in Chinese Cinema from the Silent Era to the Digital Age. 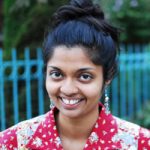 Ananya Ohri is most interested in exploring how what we say shapes who we become. She was the Executive Director of the Regent Park Film Festival for 7 years and is currently the Artistic Director of the festival’s nation-wide project, Home Made Visible. 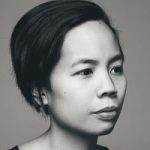 Casey Mecija is an accomplished multi-disciplinary artist, primarily working in the fields of music and film. She played in Ohbijou, the Canadian orchestral pop band, and recently released her first solo album, Psychic Materials. Casey is also an award-winning filmmaker whose work has screened internationally. She is completing a PhD at the University of Toronto where she researches art, media and cultural studies as they relate to queer diaspora. 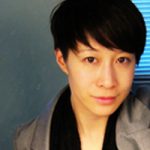 Lillian Chan is an illustrator and animation filmmaker from Toronto, and was Reel Asian’s Spotlight Artist of 2017.  Her children’s film, Jaime Lo, small and shy, was produced by the National Film Board of Canada, and won public prize at both the Ottawa International Animation Festival and Anima Mundi in Brazil.  Her favourite pastime is drawing silly doodles of her two cats, Frankie and Mao. See more of her work at www.lilch.ca 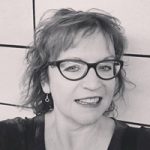 Barbara Goslawski is a freelance writer whose work has been featured in national dailies and magazines, and is a broadcaster turned podcaster, working as co-host and producer of Frameline, a weekly film chat show, which began  at CKLN and expanded to international reach at Radio Regent and now iTunes.  Barbara has been an independent programmer for cinemas, special events, and festivals across Canada and around the world, most notably in Belgium and Taiwan. Other career highlights include her work as a distributor of shorts and avant-garde works at the Canadian Filmmakers Distribution Centre.