9-Man spotlights the uniquely Chinese-American sport, an older variant of volleyball popular in the southern Chinese city of Toisan and its surrounding region, as well as in Chinatowns throughout North America. Since the 1930s, young men have played this competitive street ball game in the alleys and parking lots of Chinatown. Some 80 years later, today, 9-man still has a lasting connection to Chinatown for a community of men who knows a different, more integrated America.

The documentary introduces a diverse cast of modern-day characters, from 6’7″ Olympian Kevin Wong to a 91-year-old pioneer. Each team trains vigorously all summer to win the annual Nationals tournament, a Labour Day weekend contest that so far has been dominated by the San Francisco Westcoast, a self-professed ringer team consisted mostly of professional (6-Man) volleyball players who aren’t really part of the 9-Man culture or community.

9-Man is an entertaining, funny, and sharp conversation about contemporary Asian America, as players not only battle for a championship but fight to preserve a sport that holds so much history of their Chinese heritage. -KE 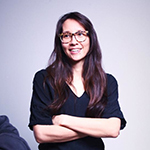 Ursula Liang is a journalist who has told stories in a wide range of media. In addition to being a former staff editor at T: The New York Times Style Magazine and writer/reporter at ESPN The Magazine, Liang was a host of the radio program Asia Pacific Forum on WBAI, associate producer for the Emmy-nominated documentary, Wo Ai Ni Mommy, producer for the Emmy-nominated Asian-American TV show Stir, and sports editor for the Asian-American magazine, Hyphen. She recently produced for Fuel’s UFC Countdown, FX’s UFC Primetime and the independent documentary Fighting Foster.