“I wanted to bring to life these moments that have no visual record.” – Ali Kazimi

At the turn of the 20th century, in response to mounting racial tensions in British Columbia, the Canadian government restricted immigration by passing the Continuous Journey Provision of the Immigration Acts of 1908 and 1910. All subjects of the British Empire had freedom of movement within the Commonwealth; however, the Canadian government effectively prohibited immigration from Asia by requiring all people to travel without stopping from the country of origin. In 1914, a group of Indian entrepreneurs set out to directly challenge this law by chartering a steamship called the Komagata Maru. Upon arrival, the passengers were detained on the ship for two months and departed only after the Canadian Government apprehended them with a navy cruiser. Upon arrival in India, nineteen passengers were shot dead by British authorities. Several leaders were accused of sedition and we imprisioned or hanged.

Ali Kazimi has worked extensively to contextualize this incident by creating work that explores themes of race, migration, memory and history. While his award-winning documentary Continuous Journey (2004) is a meticulous archival project  about the incident, his most recent work, Fair Play, through ten quiet vignettes, depicts the lives of ordinary people who were affected by the arrival, detention and departure of the Komagata Maru. Fair Play provides a view into the private lives of South Asians on shore during a time of extreme racial tension. These works illustrate that the Komagata Maru Incident was not an isolated one, but emblematic of the larger context of racist policies of the Canadian state and the attitudes of European settlers.

Fair Play opens a window to the past and allows viewer to feel as if they are in the presence of materially fathomable, historically accurate, life-sized peoples. With the immediacy and presence that only stereoscopic 3D moving images can evoke, Kazimi asks the viewer to rethink history and immerse themselves into the spaces and lives of the characters. – SB / IV 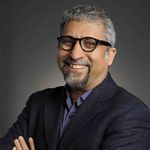 Ali Kazimi is and award winning filmmaker, critically acclaimed author and visual artist whose work deals with race, social injustice, migration, history and memory. His documentaries include Narmada: A Valley Rises (1994), Shooting Indians: A Journey With Jeffrey Thomas (1997), Passage from India (1998), Continuous Journey (2004), Runaway Grooms (2006), Rex versus Singh (2009). His book Undesirables: White Canada and the Komagata Maru – An Illustrated History (Douglas & McIntyre) was a finalist for both the 2012 Vancouver Book Award. He is an Associate Professor in the Department of Film, School of Arts, Media, Performance and Design, York University where he is also the principle investigator of the Stereoscopic 3D Lab at York.

Fair Play is a co-presentation of Reel Asian and the South Asian Visual Arts Centre (SAVAC). For the past 20 years, SAVAC has been presenting evocative, critical, and challenging work locally, nationally and internationally. SAVAC showcases work by South Asian artists in a variety of spaces and locations, ranging form the unconventional space of a taxicab, to the institutional space of a public museum. SAVAC plays a vital role in the visual arts sector in Canada by advocating for South Asian artists and culturally diverse issues and practices.