“What does race have anything to do with baseball?”

Based on a true story, KANO depicts a multi-ethnic squad of rural high-schoolers who made it to the national baseball championships in Japan in 1931.

To every young baseball player, Koshien, Japan’s high school baseball championship is a dream destination. For a group of farmer boys like the KANO team at Kagi Agriculture and Forestry Public School, it was a goal far beyond their reach. But Japanese coach Kondo endeavored to make it possible. He trained the players rigorously and made the best use of the team’s multi-ethnic composition—Japanese, Taiwanese and aboriginals—by taking advantage of their specific strengths. Within a year, the baseball team from southern Taiwan went from a losing record to unprecedented honour at Japan’s grandest youth sports event. 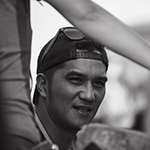 Umin Boya (Ma Chih-Hsiang) is half-aboriginal on his father’s side. He first came to prominence in Wang Shaudi’s TV series Big Hospital, Little Doctor (2000) and went on to star in the drama series Crystal Boys (2003) and Banquet (2004), picking up Golden Bell Award nominations along the way. He has appeared in various Taiwanese feature films, such as Sylvia Chang’s 20 30 40 (2004), Yang Ya-Che’s Orz Boyz (2008) and Wei Te-sheng’s Warriors of the Rainbow: Seediq Bale (2011).