Born in Hwanghae Province, North Korea, Kim Keum-hwa is one of Korea’s greatest shamans. She has been honoured as a national treasure of Korea for her outstanding talent in singing and dancing. However, her impressive career is accompanied by the history of oppression of shamanism throughout the 20th century, from the Japanese colonial period to the Korean War, to the New Community Movement in the 70s.

A thought-provoking, sensational documentary from Park Chan-kyoung (Day Trip 2013, Night Fishing 2011), Manshin provides an in-depth look at the indigenous religious belief of shamanism told through the famed shaman Kim Keum-hwa’s life story. The film depicts Korea’s modern history on a micro-level through the eyes of Shaman Kim, who is destined to respond up-close to the sufferings of others. It also reveals the power of forgiveness and reconciliation of Korean shamanism, which has survived oppression while performing different kinds of “Gut” rituals in relation to certain periods of modern Korea. Kim appears in new as well as rare archival footage, and is portrayed in animation and fantasy sequences. Viewers are transported through past and present, with notable reenactments by actors Moon So-ri, Kim Sae-ron, and Ryoo Hyoun-kyoung. — KE 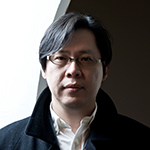 Park Chan-kyoung is a media artist, filmmaker, and curator based in Seoul. His subjects have ranged from the Cold War to traditional Korean religious culture. His works have been exhibited in numerous museums and international venues including REDCAT, Frankfurt Kunstverein, and the National Museum of Contemporary Art in Korea. He co-directed the short Night Fishing with his brother, director Park Chan-wook (Old Boy 2003), which earned the duo the Golden Bear at the Berlin International Film Festival and partnered with his brother again to direct A Day Trip in 2013 and Bitter, Sweet, Seoul the following year. Manshin: Ten Thousand Spirits is his second solo directorial feature.