Deep dive into this critical archival film with director Spencer Nakasako, Reel Asian, and the Asian Institute! This masterclass will explore the narrative construction of A.K.A Don Bonus, methods of production, the vlog-style documentary format, and contextualize the film in its era but also situate it in ongoing contemporary conversations.

This event is hosted in partnership with the Asian Institute

The Reel Ideas Symposium - On World-Building responds to a growing momentum of digitization initiatives and strategies through dialogue with artists, community organizers and industry professionals. These sessions gather visions of radical world-building that mobilize, engage and strengthen creative communities, to usher in better presents and futures.

Aram Siu Wai Collier is a filmmaker, educator, and film festival programmer. He has a background in documentary, editing the award-winning feature documentary Refugee and directing/editing the short doc Who I Became. His subsequent dramatic and experimental film work has played festivals in the United States, Canada, Japan, and China. From 2011-2014, his omnibus live music and film project Suite Suite Chinatown toured Canada, Asia, and the United States. In 2017, he wrote, directed, edited, and produced the feature film Stand Up Man, which had its World premiere at the Atlantic Film Festival and its International Premiere at the Hawaii International Film Festival. Most recently Aram directed and edited the award-winning short documentary A Sweet & Sour Christmas for CBC. He is currently the Head of Programming at the Toronto Reel Asian International Film Festival and teaches Media Production at Humber College.

Spencer Nakasako has over three decades of experience as an independent filmmaker. He won a National Emmy Award for a.k.a. Don Bonus, the video diary of a Cambodian refugee teenager that aired on the PBS series P.O.V. and screened at the Berlin International Film Festival. Kelly Loves Tony, a video diary about a Iu Mien refugee teenage couple growing up too fast in Oakland, California, also aired on P.O.V. His third film in his trilogy about Southeast Asian youth, Refugee, aired on the PBS series Independent Lens, and garnered major awards at the Hawaii International Film Festival and Hamptons Film Festival. Nakasako is the founder of the ground-breaking Media Lab at the Vietnamese Youth Development Center in San Francisco’s Tenderloin District where he collaborated with youth from the neighborhood on filmmaking for 17 years.

Miko Revereza is a filmmaker raised in California and currently residing between several countries. His upbringing as an undocumented immigrant in the United States informs his relationship with moving images. DROGA! (2014), DISINTEGRATION 93-96 (2017), No data plan (2018) and Distancing (2019) have widely screened at festivals such as Locarno Film Festival, International Film Festival Rotterdam, NYFF Projections and Film Society of Lincoln Center’s Art of the Real. Aside from these films, Revereza produces expanded cinema, direct animation, performance, criticism and publishing including works such as Biometrics (2018), Live Cinema (2019-2020) and Towards a Stateless Cinema (2019). Revereza is listed as Filmmaker Magazine’s 2018 25 New Faces of Independent Cinema, a 2019 Flaherty Seminar featured filmmaker and MFA graduate at Bard College Milton Avery Graduate School of the Arts. He is a 2021 recipient of the Vilcek Foundation Prize for Creative Promise in Filmmaking.

Cambodian-born Sokly “Don Bonus” Ny takes a Hi8 camcorder into his final year of high school in the San Francisco Bay Area, documenting intersecting events happening at school, at home, and amongst friends and family. 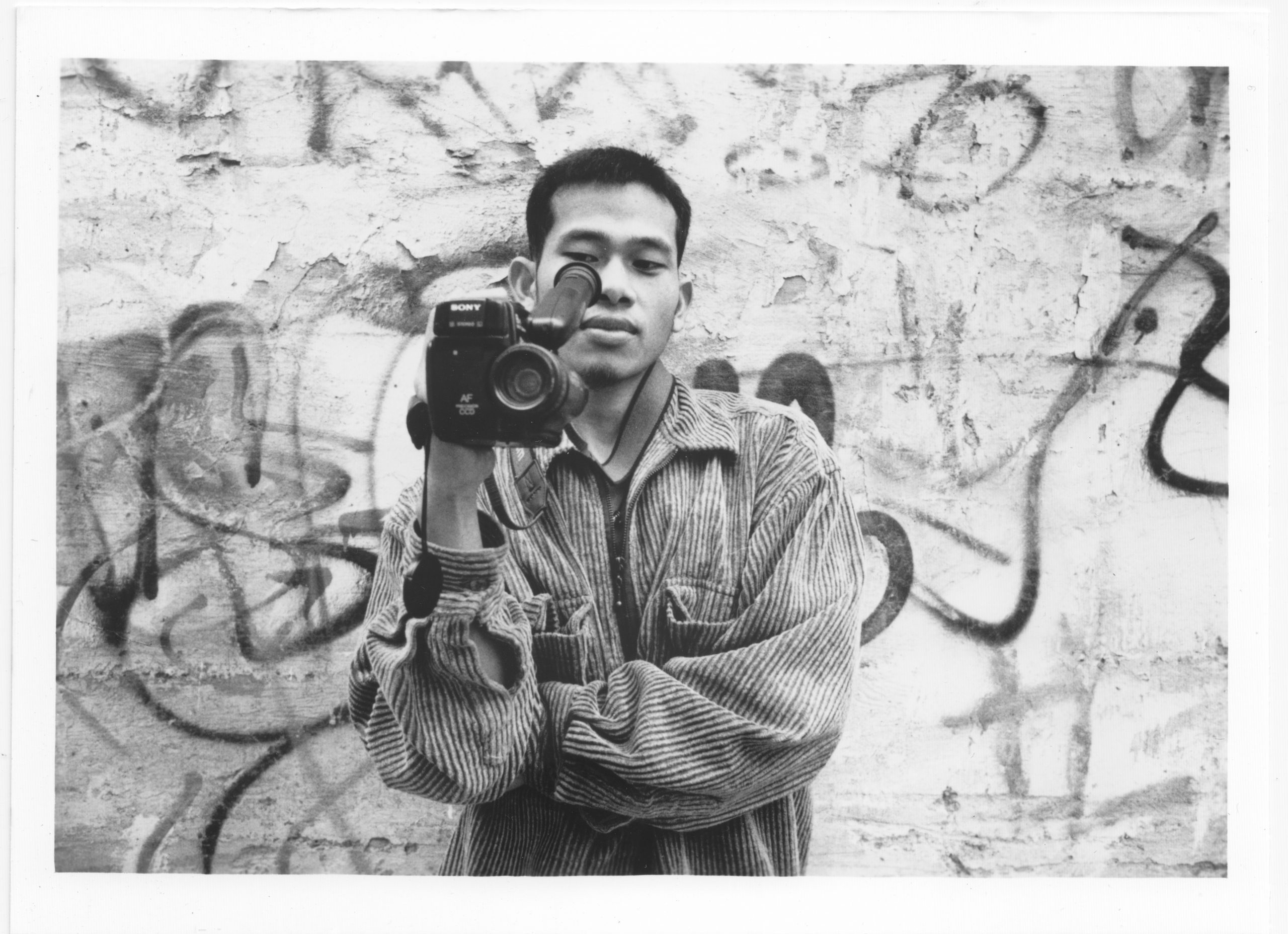