Digital Video Editing with Adobe Premiere Pro: The Real-World Guide to Set Up and Workflow

Seo, the director of a romance, is at his wit’s end trying to finish his film. Editor Park has been brought in to help fix it. But it’s not your typical post-production problems of recalibrating the film’s story structure. This film is haunted.

Traversing genres between romance, horror-comedy, and screen-shared desktop video-editing tutorials, Digital Video Editing with Adobe Premiere Pro is an unexpected insider’s ride through filmmakers’ insecurities, petty squabbles, and the dangers of “fixing it in post.”

What does it take to make a film—and is it worth it?

Based in Seoul, Hong Seong-yoon’s short film Invisible (2009) received a number of awards from various film festivals. In 2010, Hong established a film-distribution agency dedicated to representing short films. The Korean Film Council granted a production fund for his latest film, Digital Video Editing for Adobe Premiere Pro: The Real-World Guide to Set Up and Workflow, which took four years to complete. 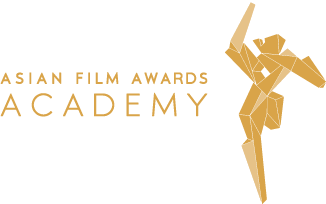 This presentation has English subtitles.

NOTES ON THE CUT: EDITORS’ PANEL DISCUSSION ON

DIGITAL VIDEO EDITING WITH ADOBE PREMIERE PRO: THE REAL WORLD GUIDE TO SET UP AND WORKFLOW

DIGITAL VIDEO EDITING WITH ADOBE PREMIERE PRO: THE REAL WORLD GUIDE TO SET UP AND WORKFLOW invites us into the nitty gritty process post-production through a frustrated director and the editor brought in to “save the film”. Canadian editors Xi Feng, Omar Majeed, and Gloria Tong take us on a deeper dive inside the editor’s room and give their responses to the film.


Omar Majeed is a Pakistani-Canadian writer, editor, and filmmaker.  His directing credits include the feature-length documentaries Taqwacore: The Birth of Punk Islam, The Frog Princes, and the recent short doc Stitched Glass.  As an editor, Omar has collaborated with many acclaimed directors including Yung Chang (The Fruit Hunters, Omega Man: A Wrestling Love Story), Brett Story (World in a City), Mia Donovan (Inside Lara Roxx), Pete Mishara (The Artists: The Pioneers Behind the Pixels) and Fab Filippo (Sort Of).  He has partnered on projects with The National Film Board of Canada, EyeSteelFilm Productions, and First Generation Films among others and his work has been featured on CBC, SXSW, Hot Docs, Sheffield Doc-Fest, PBS, HBO Max, TIFF, IDFA, and Netflix.

Although he’s called many cities home including Montreal, Baltimore, and Lahore, Omar currently resides in Toronto with his wife and young child.


Xi Feng is a Chinese-Canadian film editor based in Montreal. Having lived in China, Canada, and France, she has cultivated a unique blend of cultural and artistic sensitivity. Feng has worked as an editor on several award winning documentaries, including “China Heavyweight”, “Sing me a Lullaby”, and “Clebs”. She’s also an editor alumna of Canadian Film Centre and Berlinale Talents.


Gloria Tong is a Toronto based film and television editor. She started her editing career in broadcast television working for Muchmusic, CTV and Bellmedia, and won  a Canadian Screen Award for The Amazing Race with her team in 2019.  After finishing her editor’s residency at the Canadian Film Centre, she transitioned to scripted film and tv, editing indie feature film GIRL starring Bella Thorne, and most recently, Lifetime’s first lesbian romance Under the Christmas Tree.  When she’s not glued to her edit suite, she can be found squealing over new growth of her plant babies.

Deep in the night, Fai and his friends are sleeping on the streets of Sham Shui Po, the poorest district in Hong Kong. The police arrive without notice and clear out their belongings, their makeshift homes reduced to roadside trash. With the help of social worker Ms. Ho, Fai takes the case to court, while he and his friends struggle to create a new home.

Since the advent of cinema and the forced colonization of the islands, Hawai’i stories on film have too often been told by outsiders. Reel Asian is bringing a spotlight onto two acclaimed Hawai’i-made dramatic feature films, WAIKIKI and I WAS A SIMPLE MAN.

Set up on a pre-arranged date by their old-fashioned Indian parents, Ravi (Karan Soni) and Rita (Geraldine Viswanathan) seem to have nothing in common, which makes their first encounter comically awkward.