Join us for a massive one-day, coast-to-coast-to-coast celebration of Canadian cinema. Reel Asian is excited to present a FREE special screening of Joyce Wong’s Wexford Plaza as a part of National Canadian Film Day. The screening is followed by a pre-recorded Q&A with the film’s director, Joyce Wong, and producer Matt Greyson, moderated by Golshan Abdmoulaie. Tickets are available to the public on April 14. Become a member by 8:00pm ET on Apr 11 to receive early access to tickets on April 12. This is a free screening but every donation and new member’s support helps us get to our 25th Anniversary this fall.

Wexford Plaza is a slice-of-life dark comedy about a lonely female security guard Betty (Reid Asselstine) who works at a dilapidated strip mall. Isolated and friendless, a glimmer of hope appears when a charming bartender, Danny (Darrel Gamotin), shows Betty kindness, leading to an unexpected sexual encounter. Although Betty and her deadbeat paramour are well meaning in their intentions, their behaviour ends up causing both of their lives to unravel. Wexford Plaza is about two losers who are earnestly trying to improve their condition, but ultimately become deluded by their dreams.

Tickets
Become a member for early access to tickets 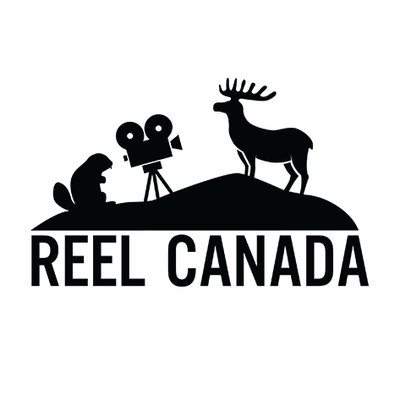 Golshan Abdmoulaie is a writer, multidisciplinary artist, and horticulturalists in training. Golshan co-wrote and acted in the film This-Place, which is in post-production. You can usually find her in a garden or forest near you.

Joyce Wong is an award-winning director and writer. She is an alumna of the 2008 Berlinale Talent Campus, the 2016 TIFF Talent Lab, named one of CBC’s 17 for 17′ great Canadian filmmakers of the future, and described by the LA Times as “a major talent to watch.”

Her debut narrative feature, Wexford Plaza, is a dark comedy that screened in competition at Slamdance in 2017, was awarded the Comcast Best Narrative Feature Award by the Center for Asian American Media in San Francisco, nominated for the Toronto Film Critics Association’s Best Canadian Film Award, and nominated for the John Dunning Discovery Award by the Academy of Canadian Cinema and Television.

Most recently, she directed episodes of Workin’ Moms (CBC/Netflix) and the Baroness von Sketch Show (CBC/IFC).

Matt Greyson is a producer out of Toronto, Canada. His producing work includes Joyce Wong’s Wexford Plaza, which premiered at Torino International Film Festival 2016 and went on to play at Slamdance in 2017. It found local acclaim in nominations for Best Canadian Film of the Year by the the Toronto Film Critics Association and the Canadian Screen Awards John Dunning Award for Best First Feature. Greyson also was a producer on cult phenomenon Vice’s Nirvanna The Band the Show and has been a consistent collaborator of Matt Johnson. As a producer and director, he had a hand in making Emmy nominated kid’s show Miss Persona and CTV/FOX’s Holmes Family Effect.